A friend confessed to me that, for years, whenever he tried to read the Bible he would get so bored that he stopped reading after a short time. This surprised me because my friend was leading a vibrant ministry and I know he has a deep relationship with God. Yet his confession rang true. There have been times when I, too, have found the Bible to be pretty dry and difficult to read.

What about you? Ever find the Bible so boring or dry or difficult to understand that you just stop reading? Know that you’re not alone. And know that there are some things you can do to help you through those times.

My friend went on to tell me that even though he had experienced difficulty reading Scripture, he was able to get past it because someone gave him a challenge: When he found the Bible dull or difficult, he should put himself into it—picture himself in the Bible story in order to explore it from within instead of outside of it. He was challenged to run the Bible story like a play in his mind, but a play in which he could personally interact with the characters. He reported to me that as he experimented with this way of reading the Bible, for the first time the Bible came alive and his spiritual life was transformed.

Too often we think of imagination as child’s play, something to be forgotten upon reaching adulthood. Yet God gave us our imagination as much as He gave us logic and reason. People have been using their imagination to connect deeply with the Bible for centuries. The name given for this method of Scripture engagement varies: Picture It, Ignatian method, imaginative contemplation, imagination technique, “if-you-were-there,” or guided imagery meditation.

Picture It gives you the opportunity to engage your imagination (both images and feelings) and connect with Scripture personally by placing yourself in the stories. You are no longer just a reader; you become a witness, participant, or bystander in the story. This method can help you better empathize with the people of the Bible and understand their stories in a more experiential way. Rather than viewing the facts from afar, you use your imagination to “experience” the events.

You can connect on all levels with God’s stories, not just with an intellectual understanding of what a passage says. James Wakefield in Sacred Listening describes the process this way, “With our imagination and reason, with our five bodily senses, and especially with our emotions, we become secondhand witnesses of the events of Scripture.” The idea is to place yourself in the biblical story—becoming a person in the crowd, a disciple following Jesus along dusty roads, or the boy with the loaves and fish. Imagine the sights, sounds, smells, feels, and tastes of the biblical world. You step into the story and let it enter your mind—not just as a series of facts, but as a story with real, living people. This method is especially helpful for those who tend to connect to Scripture on a purely cognitive (or intellectual) level; this method involves your emotions, enveloping your whole person.

A word of caution is needed. Some would argue that our imagination is fallen and that we should not come to Scripture using our imagination at all, only our intellect. It is true that our imagination is fallen and that it can lead us into sin and deception. Who hasn’t experienced a deceitful imagination? But the truth is that our intellect is also fallen—it too can lead us into sin and deception. We must be careful with all aspects of our lives (thoughts, feelings, imagination, actions, relationships), measuring all against the truth of God’s Word. You shouldn’t “let your imagination run away with you.” Stay true to what you’re reading in the Bible. You must be discerning during this practice; don’t suppose that everything you imagine is what actually happened or what a passage actually means. The goal is not to move toward fantasy or fiction, which would be irresponsible. Christianity is a faith rooted in history, and we should be on guard against inventing biblical meanings for ourselves.

Thus, the Picture It method is not a good tool to understand the meaning of a passage. To understand the meaning, you must study inductively following the rules of interpretation. Instead, use the Picture It method to penetrate a passage more holistically. That is, when you use your imagination to hear, smell, feel, taste, and see the scene as it is described in the Bible, you can better empathize with the people in the story. For example, when Peter steps out of the boat onto the moving sea, imagine feeling water slosh over your feet. Imagine being off balance as you walk on moving waves. Then, Peter’s fear that causes him to sink seems more understandable.

Some basic steps for picturing Bible scenes could include the following:

Perhaps as you try the Picture It method, you’ll find, as did my friend, that those stories you’ve known for years start to come alive. You may discover you’re no longer just reading a book—you’re living a story in which you come to meet and know God in a deeper, more personal way.

Dr. Phil Collins serves as the General Editor for The Abide Bible. He is Co-executive Director of the Taylor University Center for Scripture Engagement where he has been a full-time Christian Ministries professor since 1999. Dr. Collins earned a B.A. in Bible Literature and Christian Education from Taylor University, an M.A. in Christian Education from Trinity Evangelical Divinity School, and a Ph.D. in Educational Psychology from Purdue University. In addition to his academic work, Dr. Collins was formerly on staff with Youth for Christ and has served as a church youth pastor. 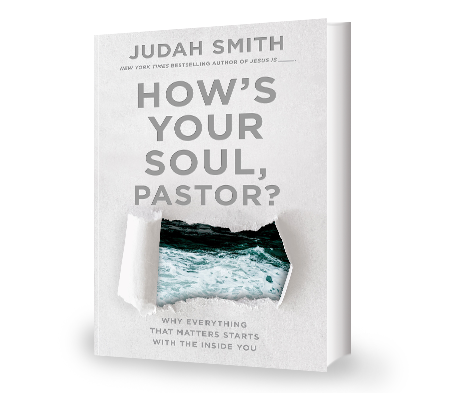